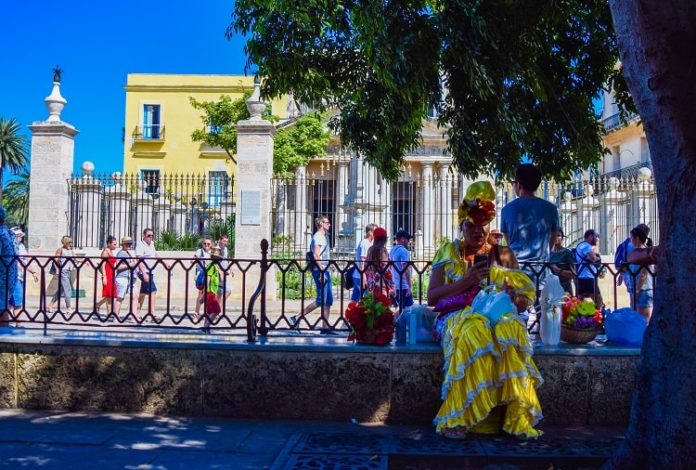 After returning from a four-day trip to Cuba, many people were baffled that an American was allowed to visit this communist country where a trade embargo still exists today. The most common question I’ve fielded is can Americans travel to Cuba? And the answer is yes.

While Americans have, realistically, always been allowed to travel to Cuba (as long as they flew or sailed from any country that isn’t the United States), direct flights and cruises from the U.S. became available after President Obama lifted the travel restrictions in 2008.

Since then, travel has since been restricted down to a sliver (cruises from the U.S. to Cuba were eliminated in July 2019 and as of December 2019, U.S.-based flights have been banned from flying into any other Cuban city except Havana), but visiting Cuba from America is still allowed. And you should visit! See places like Viñales and Varadero.

How you ask? It’s pretty simple, but let me break it down for you in this article!

How to Travel to Cuba as an American

Can Americans travel to Cuba? Yes, they sure can. The first route Americans can take to travel to Cuba is via another country. That means flying to a country like Mexico and then continuing on to Cuba. You must remember that the U.S. is the only country with an embargo on Cuba, so every other country allows its citizens to visit. But that takes a lot more time and a lot more money.

The easiest way to travel to Cuba as an American is to simply book a flight leaving from somewhere in the States and fly directly to Havana. Contrary to popular belief, you can still do this in 2021. Although many airlines have ceased operations from the U.S. to Cuba, you can still book a flight through Southwest, American, Delta and United, among others.

All you need is a plane ticket, a legitimate reason to visit (from the following categories of authorized travel to Cuba), a Cuban tourist card (often mistakenly called a Cuban tourist visa), a passport that’s valid for six months after your departure date, and a fair amount of money to spend on your trip.

We’ll get to the cost of everything and how to obtain a Cuban tourist card a little later, but first let’s take a look at the accepted categories of authorized travel to Cuba for Americans.

11 Categories of Authorized Travel to Cuba for Americans

When the June 2019 bill came out, revamping travel to Cuba for Americans, it cut travel by cruise ships completely out of the picture and reduced the categories of authorized travel from 12 to 11. It cut out the category titled “educational activities/people to people travel,” but it left intact some of the easiest categories to qualify for.

Americans traveling from the U.S. directly to Cuba may still fly to Havana if they qualify for one of the following 11 categories.

If you’re a Cuba-American and still have family on the island, don’t worry. You can still travel back there to see them and visit all that this wonderful paradise has to offer.

If you’re a travel blogger like myself, you can actually qualify under the category “Journalist Activities,” but it’s just easier to go in support of the Cuban people. However, if you’re visiting for one of the other approved categories, I recommend stating that when they ask you during the Cuban tourist card process.

The easiest way to get into Cuba is to simply travel under the “Support for the Cuban People” category. What that really means is that, during your visit to Cuba, you’ll be getting tours from private individuals, eating at Paladares (which is a citizen-owned restaurant), and spending the majority of your money in non-government-owned facilities. You’ll also need to bring cash since ATMs are nearly non-existent.

Support for the Cuban People Itinerary

Since Americans are relegated to hostels and casa particulars (which is an entire home or just a room the native Cuban residents rent to travelers), you’re already getting your eight hours there since you’ll be sleeping nearly that amount each night.

But if you want to go above and beyond, you can book tours online through sites like Airbnb to prove you’re actually supporting the Cuban people during your visit.

I read a few articles that stated you must have your itinerary written down to show someone, but I didn’t run into this issue at all. With that being said, I still wrote down my itinerary just in case someone were to ask. I suggest you also do this just to be safe.

It’s also worth noting that I flew directly from Fort Lauderdale, Florida to Havana, Cuba on Southwest Airlines and not one single person asked to see supporting documents for our travel reason, which was support for the Cuban people.

How to Get a Visa for Cuba

Soooo, here’s the thing. U.S. citizens don’t actually need a visa to visit Cuba. That misconception has been floating around everywhere and I’m here to clear it up. You do need a document that allows you entry into the country, but it’s officially called a Cuban tourist card — which is not the same thing as a visa.

If you’re traveling to Cuba for business of some other professional activity, you may need a full visa to get into and then operate business in that country. But for anyone else who is just traveling there (including under the support for the Cuban people and journalistic activities categories), a Cuban tourist card will do the trick.

There are many places where non-nationals need a tourist card (like San Andres, a small Colombian island off the coast of Nicaragua). It’s just a way for that country to limit tourism and make a quick buck along the way.

How Long Does It Take to Get a Visa (Tourist Card) to Cuba?

Cuban tourist cards are extremely easy to get. When you check in for your flight, they’ll ask if you need to purchase a tourist card. You can get one beforehand online, but I recommend just getting one at the airport before your flight.

Depending on which airline you’re flying with, I’d highly recommend calling them to ask if the tourist card will be available at the airport, though. With all the rule changes occurring, it’s better to be safe than sorry.

I flew out of Fort Lauderdale, Florida on a Thursday morning, bought a tourist card from the Southwest check-in counter and the entire process took about 10 minutes (which included checking in for the flight).

Cuban tourist cards will run you anywhere from $75 to $100, depending on the airline and airport, and they’re good for 30 days with the option to be extended another 30 days if need be.

To get a Cuban tourist card, all you need is a passport that’s valid for six months after your expected departure date from the country, your flight itinerary to and from Cuba and $75 to $100 USD to purchase the tourist card. That’s it. It’s pretty straightforward.

But Is It Safe to Travel to Cuba as an American?

When you’re wondering how can Americans go to Cuba, the first thing that comes to mind is safety. In my experience, Cuba is pretty safe. I didn’t run into any problems there, and that’s likely due to the strictness of the government.

The Cuban government has extremely harsh penalties for crime-offenders, so many people stay away from the risk — even staying away from petty crimes like pickpocketing. However, things can go wrong, so you can never go wrong getting travel insurance.

I walked the streets by myself at night and only came across extremely friendly people wanting to know where I was from, how I liked their party and if I wanted a sip of their rum. Seriously, everyone I ran into was pleased to see an American and wanted an American’s opinion on the beauty and state of their country.

As soon as you say goodbye to one Cuban, you walk down the street and another nice Cuban wants to have the same conversation all over again. It was great to see.

20 Authentic Things to Do in Havana, Cuba

Cuba Currency: A Complete Guide to Cuban Money in 2021

Viñales, Cuba Travel Guide: Things to Do & Where to Stay