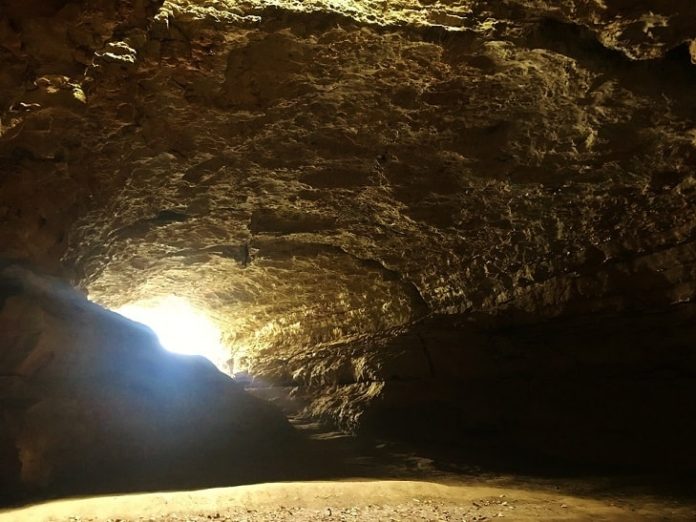 Cave-in-Rock State Park, at the southernmost tip of Illinois, is just that. It’s a cave inside a rock. It’s a lot cooler than it sounds, though. And its history is even more fascinating.

Cave-in-Rock’s limestone was naturally carved by wind, water and erosion thousands of years ago to a staggering 55 feet wide.

It peeks out toward the winding and muddy Ohio River. The perfect spot for a bunch of bandits and river pirates to hide out and wait to prey on the weak. We’ll get to that in a little bit, though.

Through pictures I’d seen on the internet and my own fascination with history, I knew I had to see it during my drive from small-town Carmi, Illinois to Nashville, Tennessee. I wondered what dignified beauty the cave held to the naked eye. 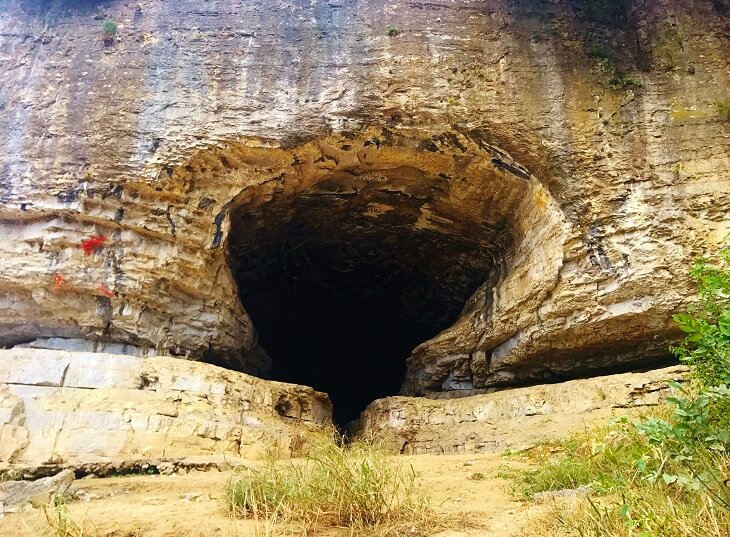 After a morning hike through Garden of the Gods in the Shawnee National Forest, I slowly made my way down Southern Illinois’ winding roads until I reached Cave-in-Rock, Illinois, population 300-something. It’s a small town with a gruesome past and untold secrets no man or woman would ever know.

Walking down manmade steps to the edge of the Ohio River, I got a sense that this cave in a rock was going to be a sight to see. Mere seconds into walking through mucky sand on the riverbank, I got a glimpse of Cave-in-Rock.

As I stepped into the cave, a shutter of light shone. It was let through by a crack in the top that allowed a natural glimmer to seep its way through the earth’s surface and into the middle of the cave, presenting light to those who didn’t have it during the pre-smartphone era.

The cave was extraordinary. You know, for being in Southern Illinois and holding the brutal history that it did. It was 55 feet wide and had to have been double or triple that in height.

The walls were smooth and jagged at the same time. It’s almost like there was a pathway carved down the center devised to be a walkway, seeing river pirates, rebels and runaways to their certain treasure-stealing lifestyles that were awaiting them at the southernmost tip of Illinois. 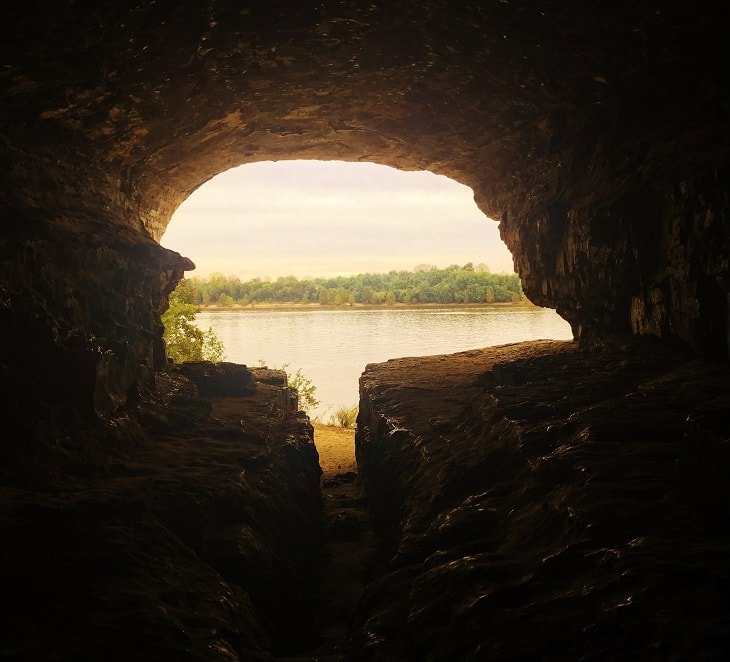 Historians say Cave-in-Rock was afflicted by many robberies and killings on the river from the late 1700s to the early 1800s. It became a hideout for river pirates, counterfeiters, degenerate gamblers and many other lifelong criminals.

It was the inspiration for Walt Disney’s Davey Crockett and the River Pirates, an adventure movie made in 1956. It was also in a scene of How the West Was Won in 1997.

Cave-in-Rock State Park sits on the Illinois side of the Ohio River, directly across the banks from Kentucky.

There is no bridge to cross the river, so the Cave-in-Rock ferry is the only way to get across. Slow moving and only big enough for about 12 cars, riding the ferry across the river is an awesome throwback that keeps the history of the area alive.

If you’re in the area, which is relatively unlikely, or live within a few hours driving distance from Cave-in-Rock State Park, you should check it out. It’s an impressive attraction and the ferry is a great experience.

There are campgrounds at the park you can stay at and it’s a very short drive from Shawnee National Forest, which is home to the extraordinary Garden of the Gods recreation area.