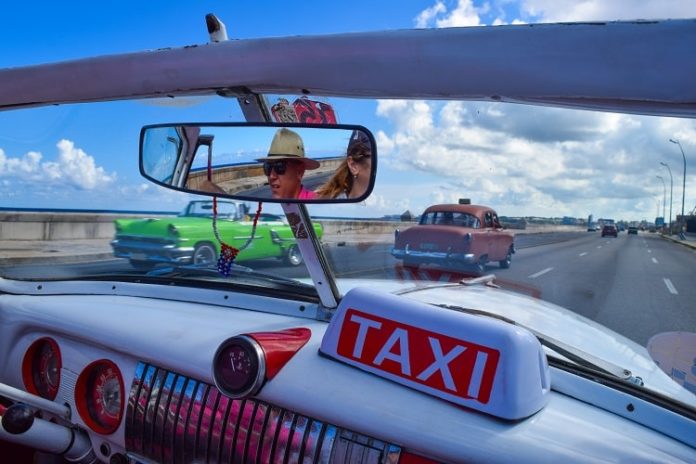 From a traveler’s perspective, Cuban currency is super complicated. From spotting the differences between CUC vs CUP (the two official currencies on the island) to navigating spotty exchange rates and figuring out which currency is best to bring, you can lose a ton of currency converting to Cuban money in the blink of an eye if you’re not careful.

Luckily, it’s really not that complicated if you simply read this article entirely — because I’ve done the research and been there firsthand to provide you with some tips and tricks of what to do and what not to do.

So this is everything you need to know about Cuban currency for your trip in 2021! (Hint: U.S. Dollars are the worst currency to bring, but Americans can definitely still travel to Cuba!)

Can You Use Credit Cards in Cuba?

Cuba is many years behind the technological eight-ball, so to speak. The country just got 3G network in some parts in 2018. Wi-fi is nearly nonexistent on the island (although some restaurants and shops sell it to tourists by the hour).

Since ATMs utilize wifi for connectivity, they’re tough to find on the island as well. And if you’re heading to Cuba with one of those new fancy debit or credit cards with a chip, you won’t be able to use your card at all.

As an American traveling to Cuba, big banks refuse to operate in Cuba in fear of the U.S. government cutting funding, so American credit and debit cards don’t work at all on the island. Cash is king in Cuba, so you’ll need to bring enough to last your entire trip because there are plenty of things to spend you money on!

What’s the Currency in Cuba?

Given that Cuba is a communist country, it’s unlike almost every other country in the world, and certainly unlike any country I’ve ever been to. Tourism fuels the economy of this 42,000-square-mile island, and the Cuban government will simply not allow tourists to pay a minuscule amount for things like dining out, tours, drinks and goods.

That’s why the country has two official currencies. CUC for tourists and CUP for locals.

The country’s two official currencies are the Cuban Convertible Peso (CUC) and the Cuban Peso (CUP). The CUC bills and coins will all be marked with the words “pesos convertibles.” If you don’t see the word “convertibles,” the coin or note is not a CUC. Another way to quickly tell is that CUCs are marked with statues and monuments while CUPs are all marked with faces.

But these are the differences and similarities of each.

The CUC is the only currency that can be used by non-native Cubans. It’s kind of a sham because the CUC converts 1 to 1 with the U.S. dollar, which just doesn’t seem right when a nice dinner can cost 20 CUC.

It’s similar to USD in that paper bills come in denominations of 1, 2, 3, 5, 10, 20, 50 and 100, but keep in mind that many places don’t accept bills larger than 20. Coins and bills of CUC and CUP look nearly identical, so some locals may try to pull one over on you by handing you CUPs as change for your purchase.

Don’t fall for this! 1 CUC equals 25 CUP, so if you get tricked into believing 5 CUP is your change instead of 5 CUC, you just lost 5 dollars. While most people won’t try to trick you, you should recognize the differences.

CUP exchange at a 25 to 1 rate with the CUC and USD, but they’re essentially worthless to everyone who isn’t from Cuba because nobody will accept them. The paper bill and coin denominations are the same as CUCs, but there are also CUP notes of 200, 500 and 1,000.

What Is the Best Currency to Bring to Cuba?

Since you can’t get official Cuban currency outside of Cuba, you must bring a different currency with you (and exchange all your leftover Cuban currency before you exit the country). It’s widely known on the island that nearly any currency is accepted, but if you plan to exchange your currency with an official currency exchange store, some monies are clearly more valuable than others.

The best currency you can bring are Euros and Canadian Dollars because you’ll get the best exchange rate. Plus, they’re the easiest to buy and sell on and off the island.

The United States Dollar is the worst currency to bring to Cuba because every official foreign currency exchange will charge an extra 13 percent on top of the ridiculously low CUC to USD exchange rate. Those people who wish to exchange USD for CUC will get about 0.70 CUCs to every 1 USD. Yup, that’s absolutely terrible.

Although if you’re exchanging your money with a local, they’ll likely give you nearly a 1 CUC to 1 USD rate. But I wouldn’t count on that, and I would bring a stash of Euros or Canadian dollars as the primary source of money and keep $100 USD as a backup (just in case you run out of Cuban money while on the island).

What Is the Cuba Exchange Rate for Money Used in Cuba?

Are US Dollars Accepted in Cuba?

Yes, you can use USD in just about every shop, restaurant, tour or anywhere else you can spend money. You can also get a much better exchange rate from those places, but you should definitely not rely on them for your primary source of Cuban currency exchange.

USD can be exchanged for CUCs at official exchange offices as well, but I wouldn’t recommend doing so. There is a 13 percent fee tacked onto the going rate, which makes it the absolute worst currency you can possibly exchange in Cuba.

So, yes, US Dollars are accepted in Cuba, but I highly recommend using Euros and leaning on any remaining USD you brought to the country as a backup in case you run out of Cuban money on the island.

How Much Money to Bring to Cuba

Cuba isn’t as cheap as people think it is. It’s certainly not nearly as cheap as some Central or South American countries. It’s a Caribbean island, which means it’s really expensive to import or grow certain products, and you’ll have to pay for that.

That being said, there are many ways to cut costs while visiting. From street food vendors to free walking tours, you can certainly do Cuba on the cheap. But if you want to live it up, experience the culture, have a few mojitos, take a few tours (like a Vinales day trip from Havana) and eat some good food, you’re going to spend a fair amount of money.

How much is a fair amount, you ask? Expect to spend about $100 CUC per day. You can get a cheap breakfast for about $5 CUC, a hearty lunch for $7 CUC and a really nice dinner for $10 to $15 CUC, but that’s really where the cheapness ends.

A convertible tour through Havana will set you back $30 to $40 CUC. A day trip to Vinales will cost you $100 CUC. Cigars, alcoholic beverages, trinkets and museum entries are $2 to $5 CUC each. But if you’re going to Cuba, ask yourself the question, “When will I ever be in Cuba again?”

That question will certainly evoke the feeling that you can be a bit looser with your wallet (and this is coming from a budget traveler).

Can Americans Travel to Cuba in 2021? Know This First!

20 Authentic Things to Do in Havana, Cuba

Viñales, Cuba Travel Guide: Things to Do & Where to Stay