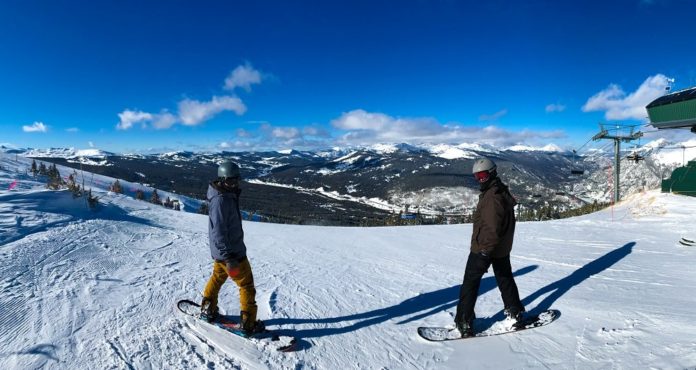 An hour-and-a-half from Denver, set on three mountains with 26 lifts and more than 140 trails, Copper Mountain, Colorado offers an incredible ski resort with skiing and snowboarding runs, tubing, snowshoeing and so many more things to do.

It’s one of those quaint resort towns you stumble upon and never want to leave. And since it’s nestled nicely between Breckinridge and Vail, many people have no idea how incredible the mountain town of Copper Mountain is and the secret hasn’t been leaked — yet.

The things to do in Copper Mountain are seemingly endless and it’s a place you’ll want to visit — and soon — because the secret of pristine powder, incredible runs and friendly folks likely won’t stay a secret for much longer.

Home to 2,450 acres of terrain suited for snowboarders and skiers of all experience levels, Copper Mountain features more than 140 named trails, 26 lifts, a few sick terrain parks (for everyone from the highly experienced to beginners) and a 22-foot superpipe made for Olympians and the best of the best.

Oh ya, and countless tree runs that could keep you busy all month long. The powder that falls (naturally and artificially) on the thousands of acres at Copper is incredible. And with about 310 inches of annual snowfall each year, there’s a lot of it!

Getting from the base level of the park has never been easier, as it converted the main American Eagle lift into a combo of eight-person gondolas and six-person chairs in 2018. It also converted the American Flyer lift to a six-person bubble enclosure, so more people can get to the top of the mountain quicker.

As of the 2020 winter season, Copper Mountain Ski Resort has seven high-speed lifts, five triples, four doubles and a combination of nine T-bars, tows and conveyors. Talk about getting to the top quickly!

So let’s get to the prices. Because, as you probably know by now, lift tickets and rentals aren’t cheap. Keep in mind that tickets will likely be cheaper when buying them online in advance. But Copper Mountain skiing and snowboarding are so great that it’s worth the prices you’ll pay.

First chair at the Copper Mountain Ski Resort is at 8:30 a.m. on weekends and holidays and 9 a.m Monday through Friday. The last chair of the day at base lift areas is 4 p.m. every day, but lifts like Timberline, Excelerator, Rendezvous and a few others close at 3 p.m or 3:30 p.m. daily. 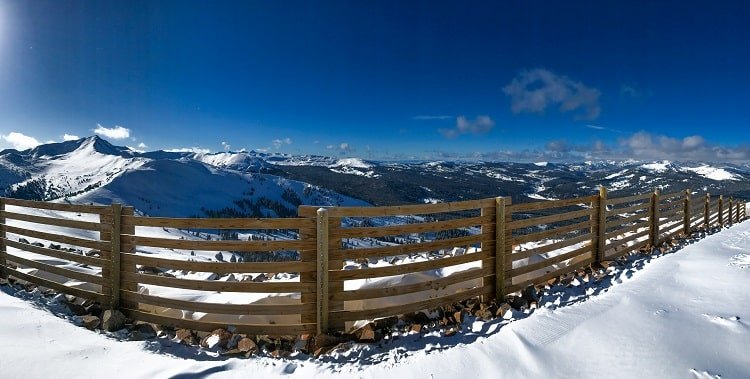 For those who don’t ski or snowboard, or just want to take a break from destroying the slopes the traditional way, there’s tubing. Yes, the Copper Tubing Hill is just what it sounds like. You glide down your choice of a straight or windy path on an inflatable tube and laugh the entire way. It’s something like a lazy river of snow.

The prices are pretty steep and, unfortunately, the tubing hill is not. It’s usually open from mid-December to late April from 10 a.m. to 4 p.m. every day.

There are only 12 Woodward destinations in the entire world, and Copper Mountain is home to one of two in Colorado. Woodward Copper boasts a 19,400-square-foot, state-of-the-art indoor training facility with foam pits, indoor ski and snowboard training, Olympic-grade trampolines and plenty more.

The Woodward Mountain Park features multiple terrain parks with varying levels of difficulty and a superpipe made for Olympians. It’s also home to the Peace Park, which is a world-class stunt course that finds its way into the ESPN X-Games from time to time.

The entire goal of Camp Woodward is to aid progression in your skiing and snowboarding abilities. And let me tell you, this park is amazing! At least the two parts I tried.

Want to take to the mountains in a different, less-adrenaline-pumping way? Snowshoeing may be for you! Resort ambassadors offer free snowshoe tours Friday through Sunday from 10 a.m. to 1 p.m. and daily through the holidays.

The 10 a.m. tour is a three-hour journey through the woods and the more demanding of the two, gaining 500 feet of elevation along 3 miles of trail. You must be at least 15 years old to participate and anyone under 18 must be accompanied by an adult. You also may want to touch up on your hiking tips and training before you go.

The 1 p.m. tour is two hours long and it’s a shorter trek on beginner terrain. For those reasons, participants must be at least 8 years old and, again, everyone under 18 must be accompanied by an adult. If you visit during the summer, the same trails turn into hiking trails.

At the heart of Center Village lies West Lake, a small lake that offers summer and winter activities. The lake typically freezes over around mid-December and remains frozen through early March and Ice skating is open to the public every day from 10 a.m. to 9 p.m.

If you have your own ice skates, it’s free! Rentals will only set you back $10, so don’t worry too much. That’s cheaper than buying a cheeseburger at the local restaurants. If you’re a hockey player or want to try out broomball, they have nets available for the public to try both.

Pretty much just created for kids to do something with their parents, the Rocky Mountain Coaster is a less-than-stellar alpine coaster that runs year-round. It’s defined by the open feel and lack of bars keeping you in the coaster. Don’t worry, it’s safe!

The coaster is open from early November to late April from 10 a.m. to 4 p.m. and you must be at least 52 inches tall to drive it. It’s also worth noting that kids ride free with a parental ticket.

Every year in early to mid-December, the best skiers and snowboarders in the world converge on Copper Mountain for the annual U.S. Grand Prix, the oldest running domestic series in the United States that’s been going strong since 1995.

Due to its world-class snow and mountains, many more are events going on at Copper throughout the season. And the best thing is that most are completely free!